The following tutorial shows the user how to manually change MIDI velocity in Studio One 4.

During the mixing stage of a song, the producer or engineer might encounter a situation in which a MIDI passage has been recorded but certain velocities of certain notes are not optimal because they are either too soft or too loud. Opposed to audio information, MIDI lets the user modify the individual velocities of each note in order to fix those possible problems. In fact, not only velocities can be individually modified but also note numbers and length.

This tutorial will present a step-by-step guide on how to manually change MIDI velocity in Studio One 4. 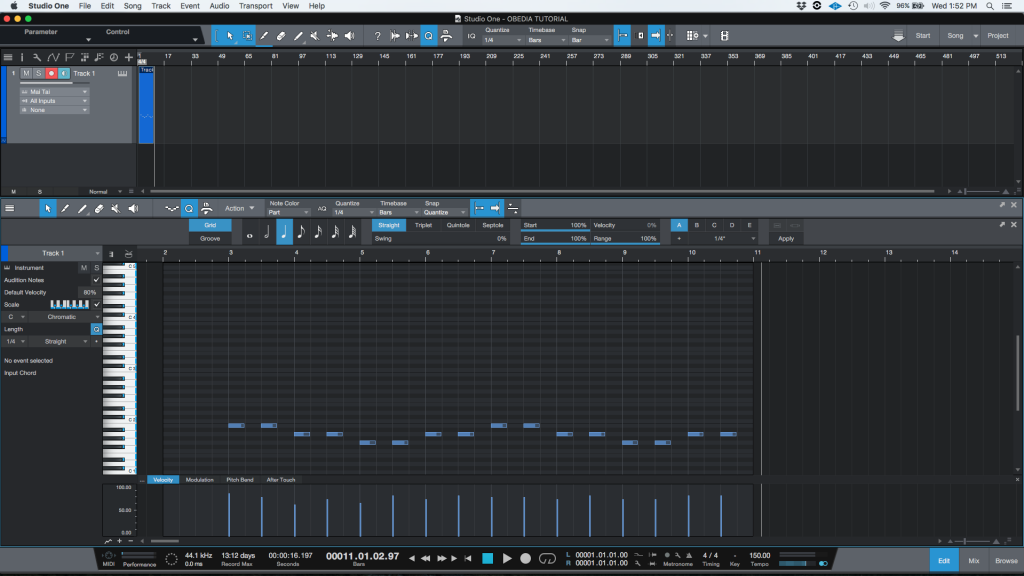 2. Looking at the piano roll of the MIDI notes:

It is easy to see how every note on the piano roll’s timeline, has a small vertical bar underneath that represents its velocity. 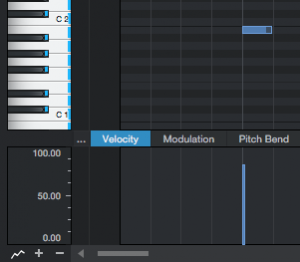 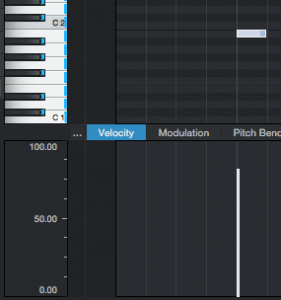 4. Click and drag the velocity bar to reduce it to a level at the middle of the scale to the left of it: 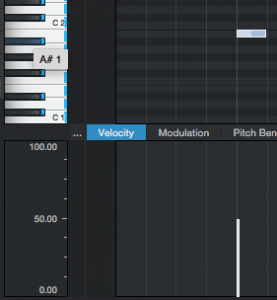 It is easy to see now how the velocity of that MIDI note is around 50%.

At this point we have shown the user how to manually modify the velocity of a MIDI note. The tutorial has now ended.

We hope this tutorial on how to manually change MIDI velocity in Studio One 4 has been helpful! Call OBEDIA today to learn how to use Studio One 4 from a digital audio professional.