Ableton Live 9 on the horizon

Ableton Live 9 on the horizon 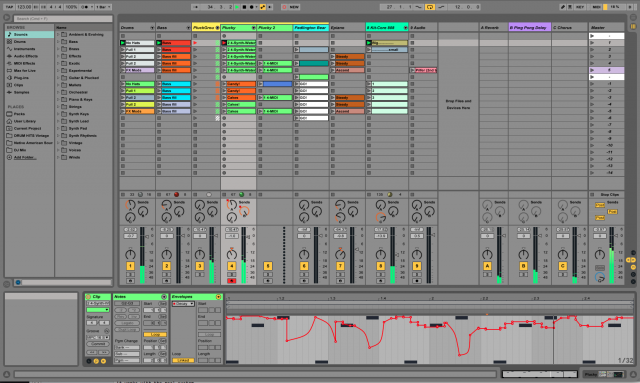 Word has hit the internet that Ableton released, then removed, a video showcasing possible new Live devices in Ableton Live 9. Â The video showcases some new revamps to the compressor, a new “Glue” Compressor, and some new GUI features. Â The feature which many users have been asking for, the ability to separate the arrange and session views, has not yet surfaced. Â We’re not sure if this video is yet the official word, as it was removed – but this does show some interesting movement for a possible new version of Ableton (perhaps at winter NAMM 2013?).

Ableton has more recently released a Â beta version of Ableton 8 with 64-bit functionality, which many users had been clamoring for for quite sone time. While it’s not suggested that you take beta software on stage with you, this was definitely a move to show that there is some new features in the works for Ableton. Â Rumor had also circulated on the net that Apple was going to buy Ableton – that, of course, doesn’t seem quite likely at this time. Â Apple does, of course, have its own Audio workstation; however, it hasn’t been revamped in quite some time. Â It would seem unlikely that Apple would purchase another software company, especially one which has quite a large following of Windows users.

So, what do you guys think about a new Ableton version? Â What do you want to see in the popular DAW with a new release? Â Tell us in the comments!