The following tutorial shows the user how to record audio in Pro Tools.

The main purposes of digital audio workstations are recording, editing and mixing. The first stage of a music production is capturing the performances of the musicians by recording the sound of their instruments into digital audio that gets stored in the computer’s hard drive. Pro Tools has one of the most advanced and robust processing engines capable of recording multiple tracks simultaneously.

The following tutorial shows a step-by-step guide on how to record audio in Pro Tools.

2. Following the instructions explained on previous tutorials, create a new audio track and record enable it. 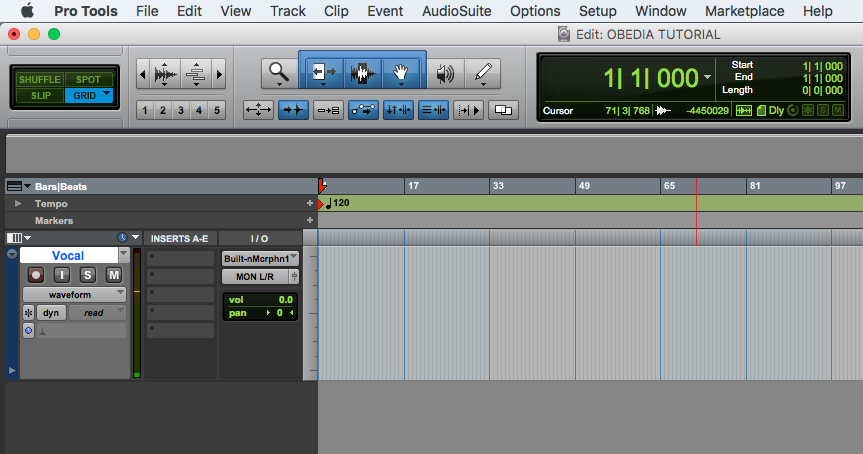 3. At the transport bar, press the record enable button and then the play button:

Pro Tools will start recording the audio. While recording, the track clip will appear as red: 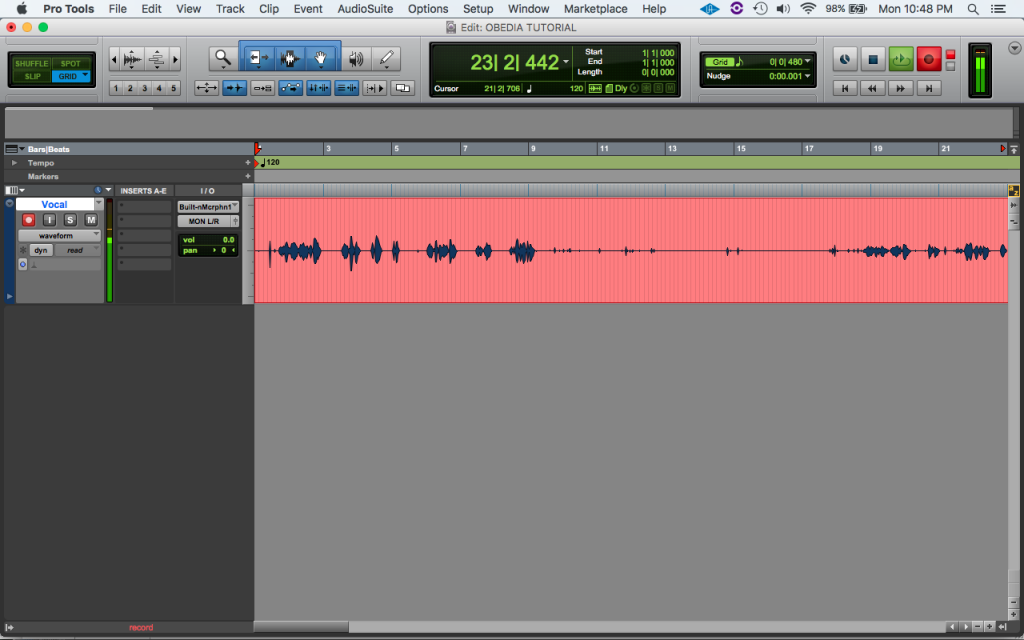 4. When the recording has finished, the user can press the space bar to stop the recording process. The clip from the track will no longer appear to be red, but its original color: 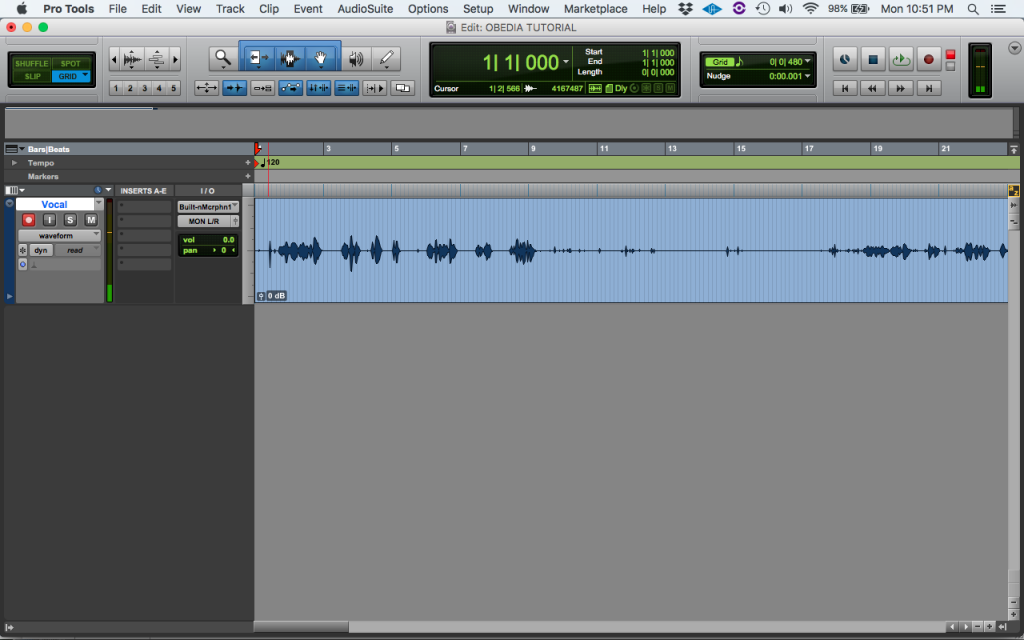 5. The record enable function of the track can be turned off by clicking on it. It will stop blinking and the meters will now show any incoming signal once it has been turned off. 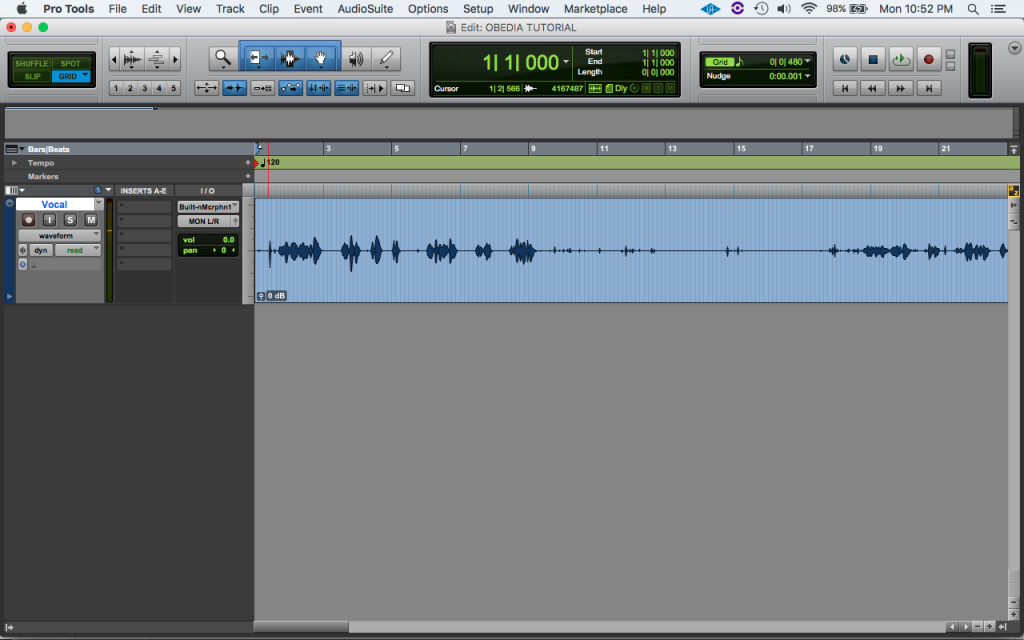 At this point the track has been created and audio has been recorded into it. The user can now edit, modify or record on top of it whenever it is needed. The steps explained on this tutorial represent the most basic approach to audio recording. The same philosophy can be applied to multiple tracks by simply recording to all of them at the same time, given that each track uses a different input.

At this point the user has learned how to record audio in Pro Tools. The tutorial has now finished.