How to use the Ableton Live LIMITER audio effect

How to use the Ableton Live LIMITER audio effect

This tutorial shows the user How to use the Ableton Live LIMITER audio effect.

Ableton’s LIMITER is one of the stock audio effects included in Live based on a mastering-quality dynamic range processor that makes sure its output never exceeds a specified level. In other words, Live’s LIMITER acts as a compressor with an infinite ratio, never letting input signals cross a specified level. Limiter can be used on the master track or on individual tracks to prevent clipping.

This tutorial will present a step-by-step guide on how to configure and use the LIMITER audio effect in Live. 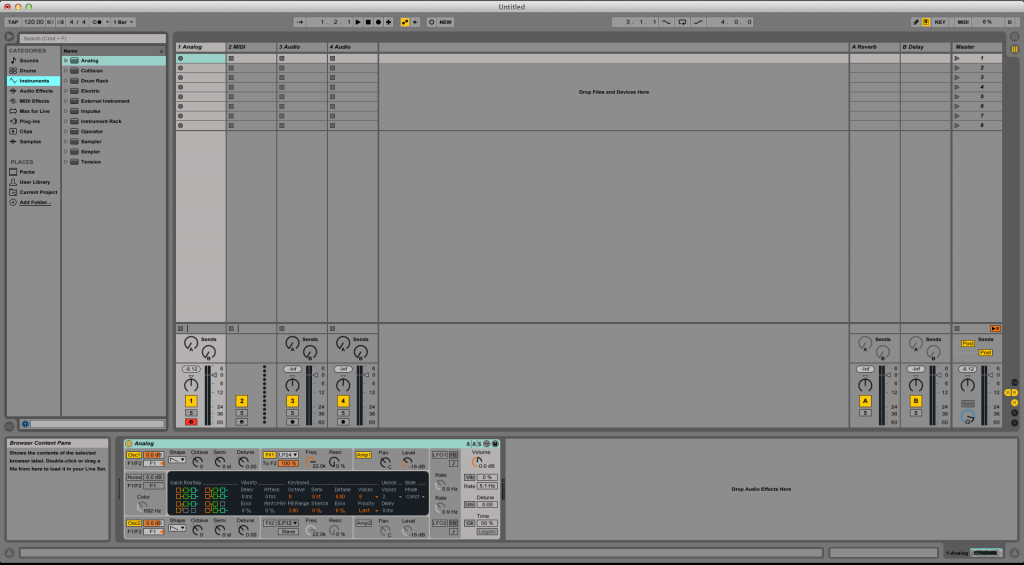 The picture above shows the Live Set with the ANALOG virtual instrument assigned to the first track labeled as “1 Analog”.

2. From the Browser, search for Audio Effects -> Limiter. 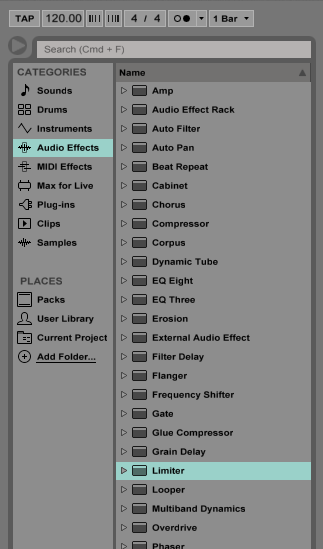 3. Drag and Drop the Limiter audio effect on top of the audio track labeled as “1 Analog”.

As soon as this effect has been dropped on top of the track, it is easy to see how the Limiter audio effect now appears right after the Analog virtual instrument.

Now that we have added the effect to our audio track, we can explain each of the parameters included. The following picture shows the graphic interface of this audio effect.

The picture above shows the graphic interface of Limiter.

Limiter has 6 different parameters we can control, these are:

For the purpose of this tutorial, we will be configuring the Limiter effect to control the incoming signal at its fastest lookahead time of 1.5ms and manual release time of 1ms. The ceiling will be set to -1 dB and the mode will be set to Stereo. The parameters will be set as the following:

We have now finished configuring our audio effect and it is ready to be used.

We hope you found this tutorial on How to use the Ableton Live LIMITER audio effect useful!