The solo function is a basic feature that is included in any Digital Audio Workstation that has been taken from the original function presented in analog consoles. Solo buttons are presented on each channel strip and when they are engaged, they exclusively route the output of that track to the mix bus. When no solo buttons are engaged, all the channels strips from the console (or from the DAW) will route their signals to the mix bus.

Solos can be latched (where pressing subsequent buttons adds them to the soloed mix of tracks) or un-
latched. For the purpose of this tutorial, two solo latch options will be explained:

The following tutorial shows a step-by-step guide on how to use and change the solo latch options in Pro Tools. 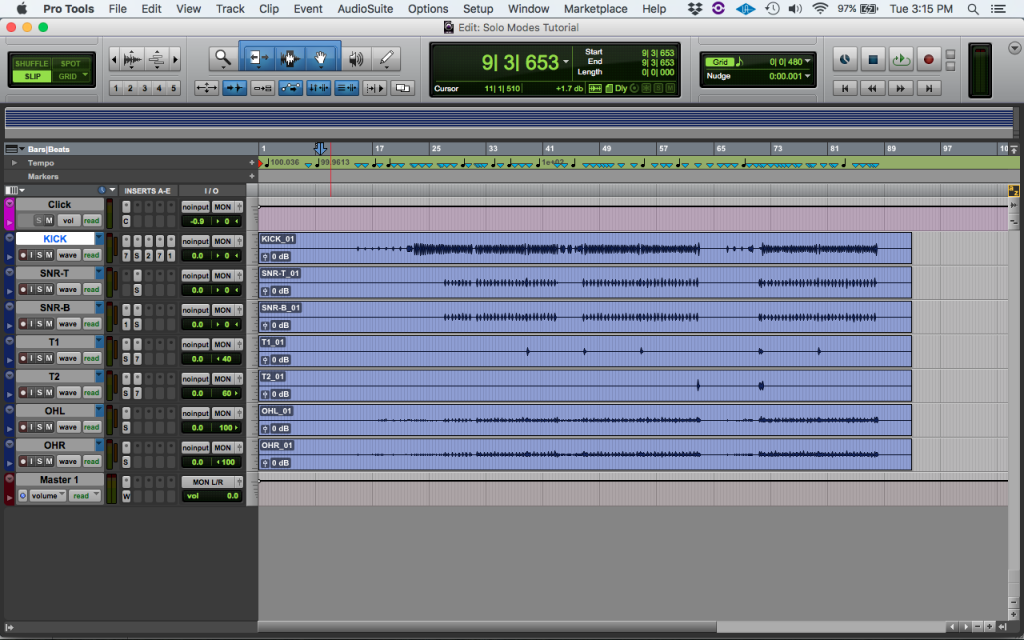 The default solo latch option in Pro Tools is called “Latch”. This mode lets the user solo more than one track. In other words, if all tracks are in solo, the whole mix will be playing, therefore they will sound just as if no tracks had been solo. This is obviously an extreme case, since engineers only use solo modes for maybe a couple tracks when certain parts must be checked individually in order to look for possible clicks, pops or extraneous noises on the tracks.

2. Solo the “KICK” and “SNR-T” track by clicking on the “S” located on their channels strips:

After solo-ing the tracks, the “S” should appear yellow as:

Note how the remaining tracks “M” appears orange, indicating since the “KICK” and “SNR-T” tracks are solo, the remaining are muted.

The other solo latch option included in Pro Tools is called “X-OR”. The main difference between this and the previous mode, is that X-OR will cancel the previous solo applied, therefore only one track can be solo. This function is very used in the mastering stage of a music production when an engineer must switch between different mixes to listen to them individually. 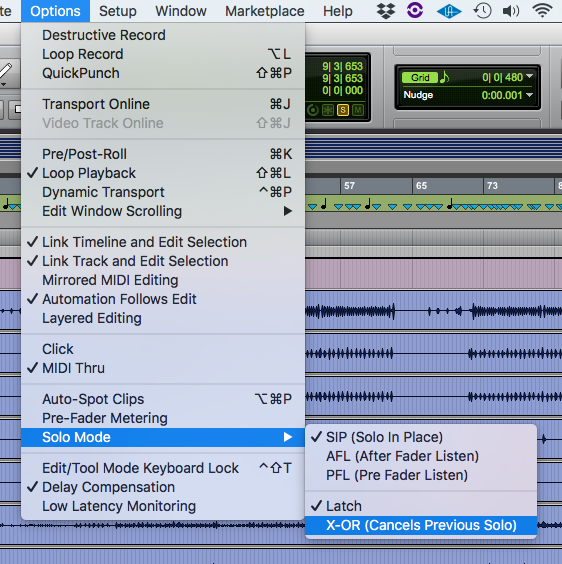 After selecting this option, it should appear checked as: 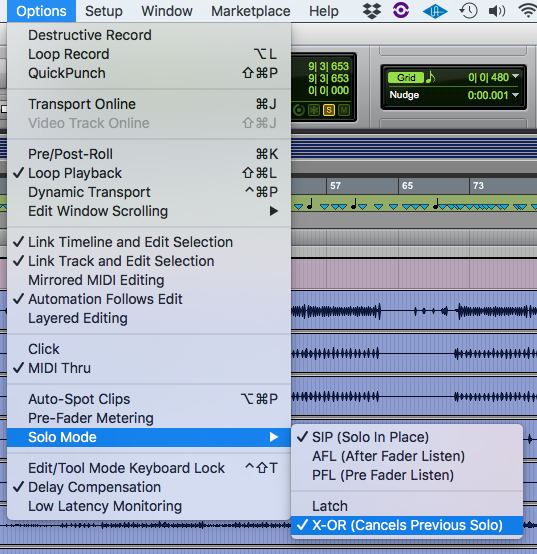 4. Solo the “KICK” track in X-OR mode by clicking on the “S” located at the channel strip:

It is important to note that in general, “Latch” option is the one that will be used on most of the situations since it lets the user have more than one track selected. However, an engineer that is dedicated to audio mastering will find that the “X-OR” is more suitable for that purpose.

At this point the user has learned how to use the different solo latch options in Pro Tools. The tutorial has now finished.